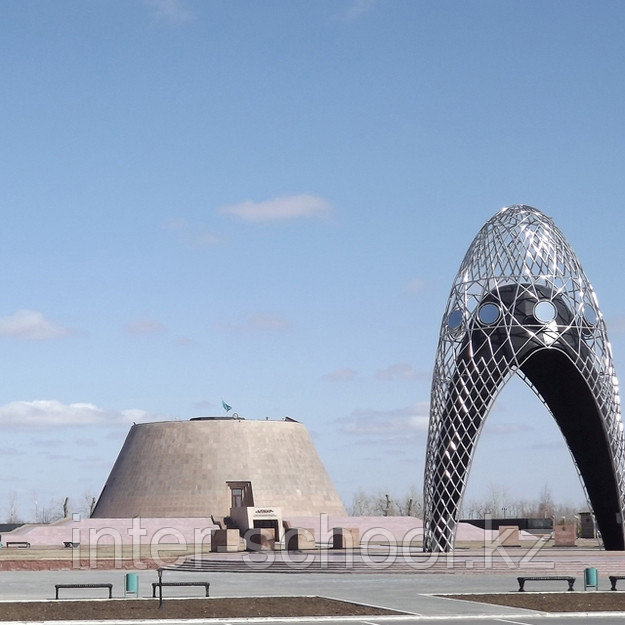 The price of a total tour:

85 USD per tour (up to 3 people)
110 USD per tour (group of 4-6 people)
* Tour rates include hotel pick-up/drop-off, all admission fees and tickets, transportation costs and services of a local guide in English

If you are interested in the history and the way people lived during the Soviet Union time, Alzhir (abbreviation of Akmola Camp for wives of traitors of Motherland) might be interesting place to visit. It was the biggest women’s concentration camp in the Soviet Union for country traitors’ wives and their children and one of the three "islands" of the "Gulag Archipelago". Visiting this place, you will learn how people lived, worked and survived in soviet concentration camps. This tour is dedicated to the memory of the victims of repressions and totalitarianism. 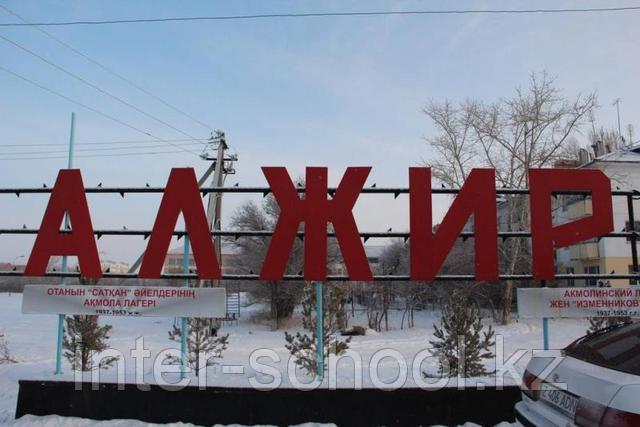 In the morning, depart Astana and drive to the memorial complex “Alzhir”, located 35 km away from the city. Concentration camp was built in the middle of vast Kazakh steppe in 1938 and stopped functioning in 1953, the year Stalin died. Women with a special mark in their personals ― "a family member of a traitor to the motherland"- were serving time here. Not committing a crime they were sentenced to serve time in a special camp just because they were mothers, wives, sisters and daughters of those who have been accused of treason. For 15 years, just as much as 18,000 women were brought to the camp from different regions of the USSR. In 2007, the memorial complex was opened in the territory of the former camp “Alzhir” to commemorate those who have fallen under Stalin’s repressions. The museum and memorial complex include the building of the museum, Stalin's wagon, monument "Arch of sorrow", sculptures "The despair and powerlessness", "Struggle and Hope", Memory Wall and memorial stones established by embassies accredited in Kazakhstan.

The museum expositions include two big sections "Alash" and "Alzhir", a small hall "through the hell" and the exposition of artwork made by imprisoned artists from KarLag (Karaganda labor camp for men) and Alzhir. The "Alash" section is devoted to the political history of Kazakhstan in the XIX-XX centuries. It tells about the history of liquidation of khan authority in Kazakhstan, the national liberation movement led by last Kazakh khan Kenessary Kassymov, political activities of the "Alash" party and Kazakh intelligentsia in 1905-1916. It also depicts the period of the establishment of the Soviet authority, collectivization and the tragedy of peasantry, hunger of 1930s, "Great Terror of 1937-1938".

There is "Flower of Life" in the center of the composition. Flower breaking through a stone, saying that despite many horrors and misfortunes, life goes on. There is another composition "The freedom and bondage” in the center of the hall. It depicts a snare with 15 pigeons, beating wings in the hope to fly. Some pigeons were killed before reaching freedom, some managed to escape from the dungeon to freedom.

There is a full disclosure of genocide of the totalitarian system against its own people in the small hall called "Through the hell". It shows the famine of 1932-1933.
“Alzhir” section is devoted to the history of Akmola camp of wives of traitors ― women innocently serving a term there. It is known that by the order of the NKVD №00486 18,000 wives of "traitors" were arrested. Famous singers, actresses, writers, wives of famous poets, writers and politicians were imprisoned there.

At the end of excursion you will have an opportunity to watch 20-minute documentary film.

In the afternoon return to Astana. Drop off at a hotel.

Tour reservation should be done at least 2 hours before the tour.